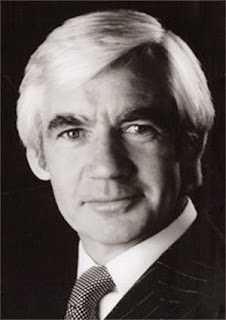 William Wylie MacPherson was born in 1938 in Taransay Street, Govan, Glasgow. His father was a poet and piano player and Wylie learned to play piano as a child. He later attested his song writing skills to his father’s early influence. He went to Govan High and began writing songs as a teenager. Wylie left school at 15 and started as an Apprentice Marine Engineer at The Alexander Shipyard in Govan. His two main interests were song writing and football. At 18 he went to London to try to sell some of his songs but returned without success. On his return he was delighted to sign for Partick Thistle and later joined Johannesburg Rangers in South Africa and the for next three years Wylie found himself exiled but kept writing and in 1960, London Music Publisher accepted one of his compositions called “That’s the only way.” The song was never recorded. Undaunted he kept at it and eventually in 1962 he had his first published song, “Kiss me now,” recorded by Tommy Quickly.


The song sold moderately in Australia but was a flop in the UK. Quickly was one of Brian Epstein’s GEMS artists and this did raise Wylie’s profile. Still writing as Wylie McPherson he was advised to shorten his name to ten letters and chose Bill Martin. In 1964 he teamed up with Tommy Scott and together they wrote and adapted songs for other artists.


In 1965, Bill met Phil Coulter and formed a publishing company which spurned hits for many British artists. The two collaborated on hits for Geno Washington (1965), Herbie Goins and the Night-Timers (1966), Cliff Richard (1968), and Cilla Black (1969), and The Dubliners (1970) among many others.

However, it was a composition for the 1967 Eurovision Song Contest which catapulted them into the superstar category it was Puppet on a string recorded by Sandie Shaw.

Success continued into the 70s staring with the number one hit by The English World Cup Squad (Back Home 1970).

Phil Coulter and Bill Martin translated the lyrics of Jean-Pierre Bourtayre and Claude François song."Parce que je t'aime, mon enfant" (Because I Love You My Child) into English and the song was recorded by Elvis Presley in 1973 and reached #20 on the Billboard pop chart,

Aside from pop music Bill also wrote for films and TV including “The Water Babies”, some “Carry on" films and a number of television theme songs including "Spiderman ".

The partnership with Coulter ended in 1983 when Martin bought out Coulter's share of the business then sold it to EMI Music. In the same year he produced the stage musical Musical Jukebox which ran to critical acclaim in the West End for six months. Bill continued to write songs and collaborated with many other composers. As a songwriter, record producer and music publisher the boy from Govan has had Top Ten hits in every country of the world with some estimated worldwide sales of over 35 million. Bill Martin continued with other business interests and was inducted into his old school Govan High's Inaugural Hall of Fame in 2011. He joined fellow luminary, Sir Alex Ferguson. Bill Martin died on 26 March 2020,

Further Reading
Posted by footalk at 12:04

( Average White Band images by New Once ) Alan Edward Gorrie was born in 1946, in Perth, Scotland. He went to Dundee Art Scho... 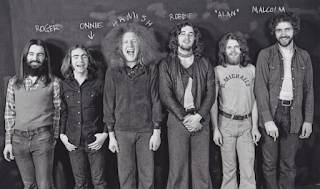 The files on this site are NOT for commercial use. You are invited to download the music and, if you like it, you are strongly encouraged to buy the CD. That way you support the artists who produce it. In any case you should see these selections as for evaluation purpose only and you're asked to delete the music 24 hours after storing it in your computer or external device. Should anybody holding a copyright claim to any of these materials object to their presence here, please post a comment, and I will promptly remove the download link.

The use of this material is free provided copyright (Cameron Kippen 2021) is acknowledged and reference or link is made to the tartanrocker.blogspot.com
This material may not be sold, or published in any form without prior permission from the author. All written content remains the property of Cameron Kippen and no unauthorised use of the material is permitted. If you wish to reference content from this blog use the following:Kippen C. 2021 tartanrocker blog Retrieved from

Disclaimer: Reliance on information, material, advice, or other linked or recommended resources, received from Cameron Kippen, shall be at your sole risk, and Cameron Kippen assumes no responsibility for any errors, omissions, or damages arising. Users of this website are encouraged to confirm information received with other sources, and to seek local qualified advice if embarking on any actions that could carry personal or organisational liabilities. Please retain this notice on all copies. © cameron kippen 2021.
Copyright Disclaimer Under Section 107 of the Copyright Act 1976, allowance is made for "fair use" for purposes such as criticism, comment, news reporting, teaching, scholarship, and research. Fair use is a use permitted by copyright statute that might otherwise be infringing. Non-profit, educational or personal use tips the balance in favor of fair use.